Shane Shaw is a character in the Sims Social who will give your Sim quests. Your Sim cannot directly interact with him.

Ruggedly handsome Shane Shaw was an honour student and the captain of his high school football team. As an adult, however, he has failed to fulfill his early potential. He lives an unassuming life and keeps a low profile. Bizarrely, for such a mild-mannered individual, he is dogged by persistent rumours that he leads a double life as a masked vigilante avenger.

Shane also appeared on an item, a poster of himself–albeit shirtless–available during Sports Week.

Scarlett Shaw is his twin sister. 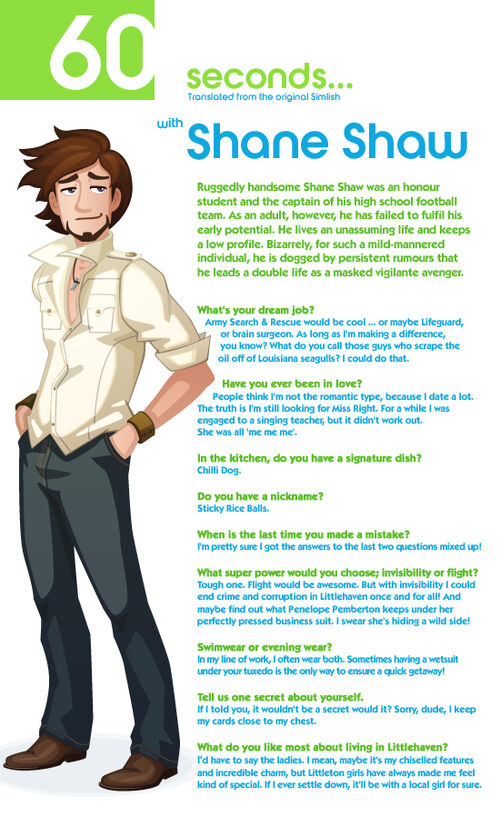 Retrieved from "https://thesimssocial.fandom.com/wiki/Shane_Shaw?oldid=53507"
Community content is available under CC-BY-SA unless otherwise noted.